Home > How To Run With The Bulls

How To Run With The Bulls

Learn how to run with the bulls online

Whether you’re an aspiring runner or a seasoned veteran, you’re in the right place.

Our online Bull Runners Club is a web-based training camp to help you prepare for the Running of the Bulls in Pamplona. We created this club because we got tired of seeing people spend thousands of dollars on their trip to the Running of the Bulls, and to then have a terrible experience – disqualification from the run, suffering serious injuries that could have been avoided, or failing to watch the run because they didn’t have access. Our content was created with expert bull runners who are also available for ongoing support through webinars and forums. 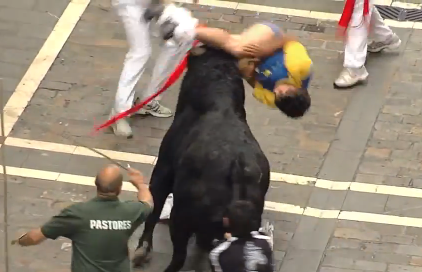 Avoid Being This Guy

You've made too many entries. Please contact us directly with questions.

Sign up for our free mini crash course and learn how to avoid the most serious mistakes made by most first-time bull runners in Pamplona. These are the key things everyone wished they had known before attempting to run with the bulls. Nothing will guarantee a safe run but there are several things that reduce your chances of getting badly injured. For example, the guys trying to get up again before the bulls have passed are risking a goring in the neck. Our mini series teaches you about some of these things.

Joining our runners’ club will give you immediate access to everything you need to know about running with the bulls. Our online courses were designed with respected authorities from the world of the bull (see more info below), who are also available to members through webinars and forum discussions. Our full access membership includes all those features. If you are running out of time, the essentials membership provides you with a last-minute prep.

Advice you can trust

There’s a lot of advice out there on how to run with the bulls; from books to blogs, to people you meet – everyone wants to share their advice, but it’s difficult to know whose you can trust. Running of the Bulls, Inc. solved this problem by partnering with well-known runners; experts in bull running, whose stories have been well documented through publications and news. All of our content has been reviewed by actual, experienced bull runners. 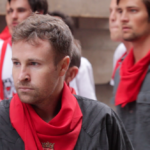 At a mere 49 runs (in Pamplona), Dennis could be considered a newbie, in comparison to other widely known runners, but his technique and consistency make him a stand-out runner on the course each morning. There is no non-Spanish bull-runner to be found ‘running on the horns of the bulls’ more often than him on the streets today.

For his first book Into The Arena: The World Of The Spanish Bullfight, which was shortlisted for the William Hill Sports Book of the Year Award 2011, Xander became a bullfighter. As part of his researches in 2009, Xander began running with the bulls in Pamplona and continued to do it across the rest of Spain. 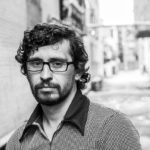 Bill has run with the bulls in Pamplona each year since 2005, originally inspired by Ernest Hemingway’s book The Sun Also Rises. In the summer of 2016, he ran with the bulls more than 200 times in towns throughout Spain. On July 9, 2014, a bull gored Hillmann twice in the thigh at the festival of San Fermín in Pamplona, but he returned to bull-running in Pamplona in 2015

Signup for a Runners Club Membership to learn from Bill, Dennis and Xander

Every day in Pamplona we see dreams crushed when hundreds of people get disqualified from the bull run before it even begins. While the concept is pretty simple – stay away from the bull and run for your life – actually participating takes forethought and knowledge of the event. The city of Pamplona publishes the rules in Spanish on their website but they are of little use because they don’t tell you how to run, only how not to get disqualified.

The Running of the Bulls Runners Club provides comprehensive and structured information for first-time bull runners who can glean insider tips from those who’ve run the gauntlet in Pamplona and want to share their knowledge and passion for the event.

Looking for candid guidance on how to prepare for the most exhilarating run of your life? Want to network with other bull run aficionados and swap tips and stories? Need assistance planning the perfect trip to Pamplona and beautiful Basque Country? You’re in the right place!

Members can avail themselves of multiple opportunities to join an online dialogue about Spain’s wildest and most iconic bull running festival through forums, direct messaging and a dynamic social media environment.

Running of the Bulls – Features of the Online Runners Club

Our online forum is an interactive platform for learning, sharing and making new friends. Get in-depth advice on how to participate in Running of the Bulls plus everything you need to know about the World’s Largest Fiesta™!

Prepare for the Run of a Lifetime!

Sprinting in front of six Spanish fighting bulls on slippery cobblestones isn’t for everyone. If you really want to prepare for the most exhilarating and dangerous experience of your life, we encourage you to join our Bull Runners Club and review the Official Event Schedule for the coming year.  The morning bull runs may be the star of the San Fermin Festival, but there’s much more to explore, discover and enjoy. From folkloric performances and parades to fireworks and marching bands, there are literally hundreds of interesting events spanning the nine-day festival.

Nothing in the world compares to the San Fermin Fiesta. Where else can you enjoy cultural traditions, music, parades, non-stop partying and the thrills of daily bull runs and nightly bullfights? We hope you can join us.