Running with… Bulls, Mansos and Vaquillas 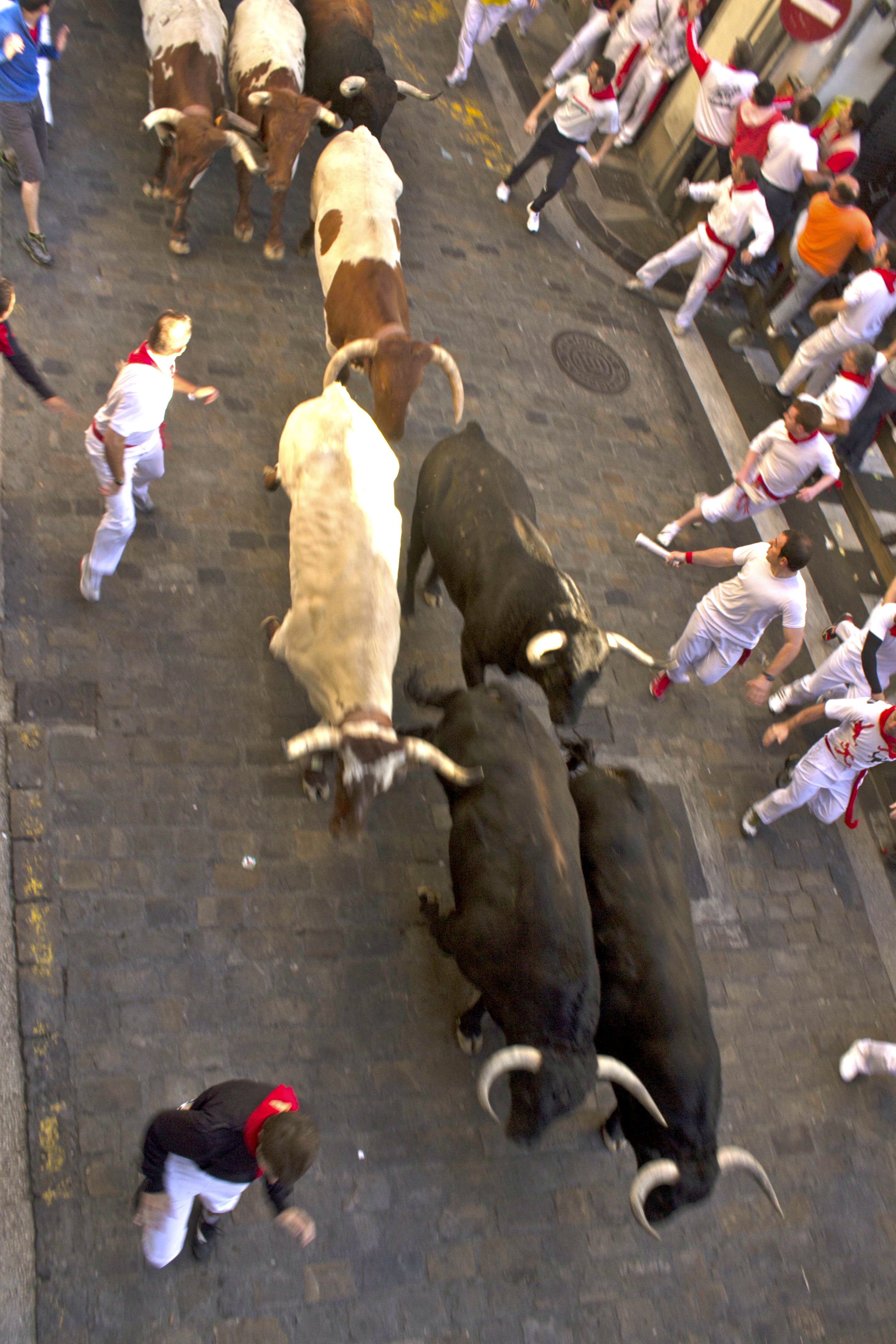 The animals are the stars of the morning in Pamplona. The most important event of the San Fermín Festival, El Encierro (The Running of the Bulls™), take place every morning from July 7th to July 14th at 8:00 a.m.

But, are these bulls the only stars of El Encierro? No.

Fighting bulls are bulls that have been bred to fight in a Bull Ring. The breeders are also stars of El Encierro. The bulls have to be bred to be brave and strong. Each day the Running of the Bulls occurs the bulls that running are always from different Spanish bull farms. These various farms are famous for having certain types of bulls. This is based on their strength, weight and speed. Normally, bull coming to Pamplona Normally, only bulls that weigh between 500 and 600 Kg (1,320 lbs) are selected to go to Pamplona. The bulls are usually black, but may also be brown. It’s an honor to have your bulls selected to run in the Running of the Bulls.

The bulls, though they are the protagonists of this event, do not run alone, with them goes a herd of steers, also known as “mansos”, that serve as guides to show the bulls the way to the plaza. You can recognize them because they wear a bell around their necks.

The mansos are essential for the proper functioning of the bull run, because they know the way, and do it repeat it every morning.

Two minutes after the bulls leave the corrals of Santo Domingo, a second herd of steers called “de cola” (Tail) or “escoba” (broom) are release. They are slower and their job is to collect the the bulls that may have been left behind from the herd. This generally happens as a result of them slipping and falling.

Once the bulls and steers are safely in the corrals at the Bull Ring. The Vaquillas (Heifers) are released so daring people jump into the arena to run around with the small cattle. It sounds fun, right? It is! But you still have to be careful while do this since they are still bulls. There have never recorded fatalities from this event, however people are often injured by blows and bruises.

Unlike the Bullfights in the evenings, Vaquillas are not killed. After playing with them for a few minutes, they return to their corral. Due to the large popularity of these two events, Pamplona’s City Council prohibits you to “grab, harass or mistreat the animals nor exit or enter to the pens.”

In addition to significant penalties, Pastores (shepherds) try to ensure the safety of the bulls during the Running of the Bulls, and they do not hesitate to strike anyone who tries to disturb the animals with their stick. In the case of Vaquillas, the fans who come to the bullring daily scream and boo anyone who tease animals irresponsibly in breach of the rules.