Home > News > Can you really eat bull while in Pamplona?

Can you really eat bull while in Pamplona? 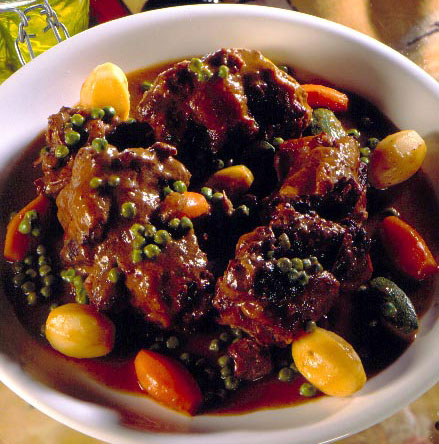 The cult of the bull is one of the fixed features of Spanish culture, even at the table. While uncommon in some parts of the world, dining on bull in Pamplona is easy. Don’t be fooled though, the bulls that are killed during the Bullfights are not the bulls that we eat in restaurants. Bulls used in restaurants have to be tracked and must pass many alimentary controls. Therefore, restaurants cannot access the animals used in the Bullfights.

If you are daring enough, you can also try a strange yet typical meal: bull testicles (or criadillas). This delicacy is served each day at the Apartado using the testicles of the bulls that fought bravely against the matadors in the previous evening’s Bullfights. Sample them at the bar of the Apartado along with a wine of Navarre or an Andalusian Fino, a wine similar to sherry but with a lighter color and drier flavor.

Regardless of your desire to eat bull testicles, the Apartado is a very popular event for people from Pamplona held at 1 p.m. each day throughout the San Fermin Festival. Each afternoon at the Apartado the bulls for the evening’s Bullfights are assigned to a matador and then separated from each other.

For those a little less daring who prefer to simply enjoy a traditional meal of bull meat, there are many restaurants that offer bull (estofado de toro) on their dining menu. The most traditional recipes featuring bull are Estofado and Rabo de Toro.

The Estofado is my personal favorite and the most common to find. I think that the bull meat is much more tender, juicy and flavorful than any other beef available. Once you try it, you won’t want to eat mainstream cow beef anymore!

The Rabo de Toro (literally meaning “tail of the bull” in Spanish) is the name of a medieval Andalusian dish born in sixteenth century Cordoba where it was cooked using the tails of Corrida (bullfight) slaughtered bulls. It takes time to cook this rich stew, simmering at low heat with plenty of vegetables, wine and spices, in order to obtain a soft meat and velvety sauce. There are variations in ingredients when preparing this dish. Some versions include chocolate and Porto, but we chose a more classical approach.

Some of the best restaurants for dining on bull include:

Would you try eating bull? Enjoy your meal!